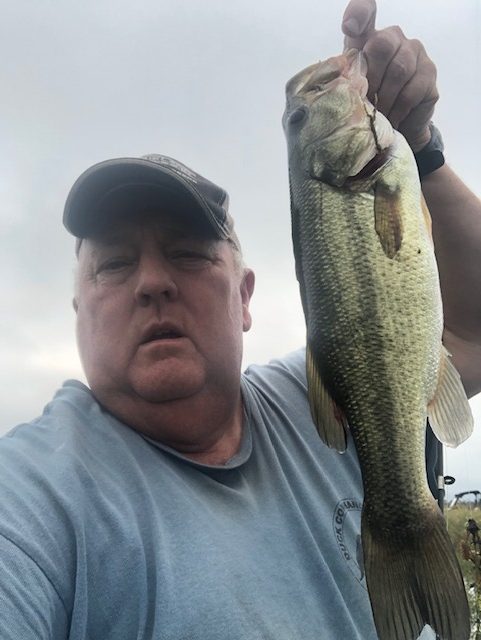 To those who haven’t experienced it, Covid-19 is an isolating inconvenience, but to retired SES teacher Mr. Brad Edwards, it’s real and personal. He’s had it and survived it. Recently, via email, the Trojournal caught up with him to get a first-hand account of his experience with the virus.

Trojournal: I’ve heard you’ve had COVID-19. When did you have it?

Trojournal: What were your symptoms, and how long did they last?

Edwards: On (March) 25, I was sneezing and coughing a lot, but I have allergies and asthma. Then, I was weak, ached, and had diarrhea. I started using my albuterol nebulizer four  or five  times a day for the rest of the sickness. I was really tired. I’d break into a sweat even when it’s not hot.I had diarrhea. I ached. I was dizzy.

My nose was partially plugged up. I was sneezing and coughing up phlegm three weeks ago, and it went away.

Trojournal: How did it feel? Was this worse than the flu?

Edwards: I was staying at home only going for gas and groceries, so I didn’t think I had it.  I was pretty sick. I had trouble sleeping.   It wasn’t as violent as the (stomach) flu, no vomiting.

Trojournal: Did anyone close to you contract the virus?

Edwards: My 92-year-old father never got it, and on April 15, he got a preventative Hydroxychloroquine.

Trojournal: Do you know other people who have COVID-19?

Edwards: I know a couple in Yates Center and one from Leroy.

Trojournal: Who took care of you? Did you go to a hospital?

Edwards: I stayed at home and took care of myself, and my father fixed me some meals.  Dr Jarvis lets me call and text him, and he ordered medications for me. The second medicine was hydroxychloroquine on April 15. I stayed at home the entire time.   I was well by the 18th.  My daughter Shelbey brought down a month of food, a lot that they fixed, a thermometer and cleaning supplies on the 19th and left them on the patio. Then we talked from about 20-some yards.  There was no fever for three  days, so I was cleared on April 22.  I was off quarantine a week later, and my Dad (was off quarantine) on May 5 because they thought he would get it.  He never did. One of our farm neighbors brought my medicine and left it on the front porch.  Since I was at home, they told me that I had to stay in place unless I became very ill.

Trojournal: How was your case confirmed? Was it difficult to get tested?

Edwards: The Coffey County Hospital’s ER tested me. They took blood and stuck a cotton swab up my nose.

Edwards: They took the samples and turned them in to the lab and said they would call me in 24 hours.

Trojournal: Did it worry you that you were in the higher risk over-60 age group?

Edwards: I was more concerned about my father.  It was pretty obvious that my chances of survival were good because of the weeks I had already survived.

Trojournal: Do you have any underlying conditions that concerned you or your doctors?

Edwards: No.The heart rhythm doesn’t affect 99.5 percent of patients who take hydroxychloroquine, and the people who died after taking it were extreme cases.  The news media hyped that up.   As far as the illness, recent studies show that the patients will develop immunities in the weeks after it started. And even after those wear off years later, certain blood cells keep the code to redevelop the immunities within a couple days of reintroduction. (This information was gotten from a Wall Street Journal article on the findings of Didier Raoult, a renowned French doctor who used it on over 1,000 patients.   He was on the Laura Ingraham Show.)

Trojournal: How do you think you contracted the Coronavirus?

Edwards: I am not sure. It could have been a gas pump or the grocery store. There is also a Quick Shop type store where I could have been exposed on March 12. Someone got it that worked there. We found out about April 20.

Trojournal: Were you social distancing, washing your hands for 20 seconds, wearing a mask, using hand sanitizer, etc. before you had the Coronavirus?

Edwards: I did all of those precautions after March 18. We live nine miles from Gridley and 19 from Burlington.   My dog food and groceries were curb side placed in my back seat. I used gloves at the gas station and the Burlington grocery store on March 20. I started the mask about March 25.

Trojournal:  Are you doing the above things more religiously now?

Edwards: I’m still doing the same things I was after March 25.

Trojournal: Could you describe your thoughts during self quarantine?

Edwards: Well, I went outside every day like always for an hour or more to feed my dogs and let them run.  I would drive into the hay meadow and let them run away from any roads.  I was sick, but my dad is too crippled to feed them. I hated to ask anyone else.

Trojournal: What recommendations would you have for high school students and for the rest of the U.S. population?

Edwards: Just to follow the safety guidelines and be clean and careful. (Get) fresh air, … and keep praying every day, sometimes several times a day.

Trojournal: Do you think people are taking the Coronavirus seriously enough?

Edwards: Yes, but our country needs to get back to work safely.  All of us getting paychecks can stay at home, but if you’re losing a paycheck, safely go back to work. They have bills to pay and mouths to feed.

Trojournal: Were you taking it seriously before you caught it?

Edwards: I am sure I was. (However), if I did it again, I would wear the mask on the first day, March 18. Trouble is, now I really believe I got it on March 12 with it attacking me on the 25th.

Trojournal: What do you think about people wearing masks to protect themselves in the stores?

Edwards: It’s great. I do it even now  because most people know I had it, and I want them to feel at ease around me.

Trojournal: Has it been hard for you to be in quarantine?

Edwards: (Quarantine wasn’t unusual.) We own 1,800 acres, and my family own 6,000 acres. After I got well, I could drive three  or four miles and never leave family property or see anyone.

Trojournal: What is one thing that you learned from all of this?

Edwards: The best thing I learned was never to give up, and how important friends, prayer, and your family are.