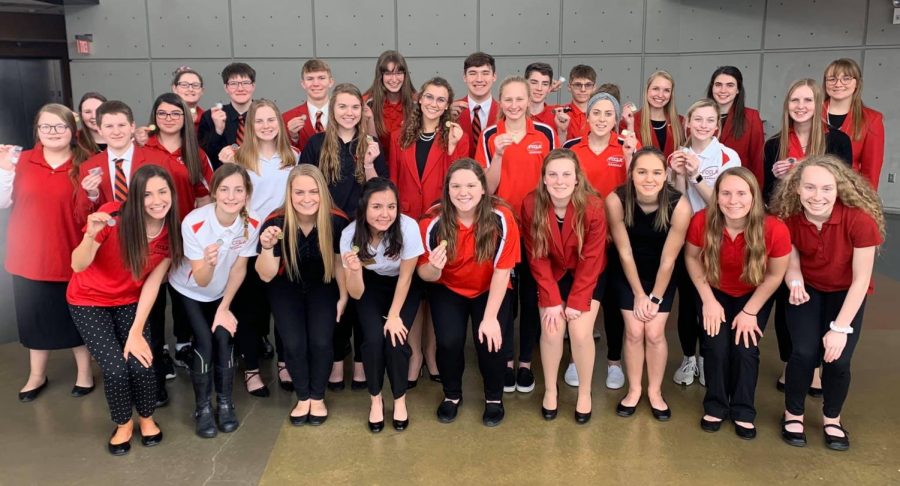 Typically every summer qualifying participants from FCCLAs STAR Events (Students Taking Action with Recognition) make their way to the Nation Leadership Conference held all over the country. However, COVID-19 and stay at home orders shut down the state and country these plans changed.

National FCCLA announced that the annual convention had been moved to a virtual platform on April 23. Competitors would have the opportunity to send their recordings to the judges, so they could be evaluated and all sessions would be available to watch as a chapter or individually. After seven teams from SES competed in a virtual state conference it was announced that three of the teams from Southeast of Saline had qualified to advance to the nationals level and would be participating in this virtual conference.

While all of the teams were very disappointed they didn’t get to make the trip to Washington D.C., the Level 3 Parliamentary Procedure team, which consisted of all Class of 2020 students, was impacted the most. However, to help the qualifying teams celebrate the advisor, Susan Wilson, held a watch party celebration where they were able to participate in the virtual conference together.