Ridin’ with Biden: The clear choice for young voters 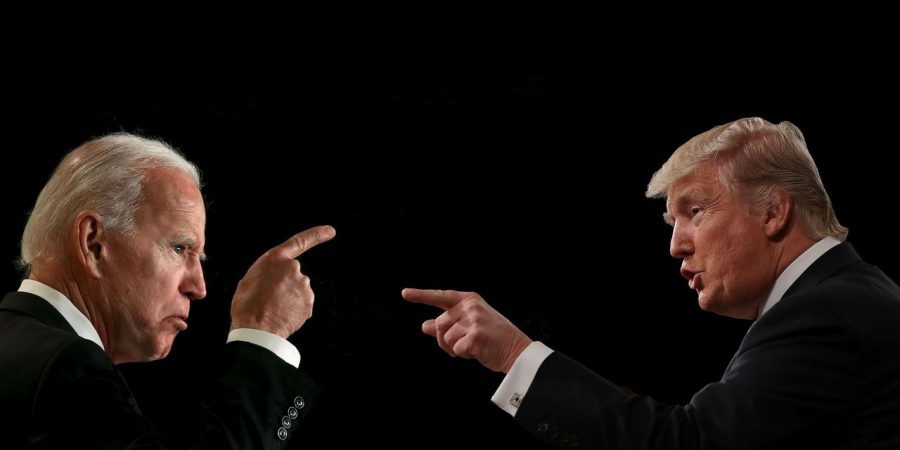 The past year has been filled with a lot of firsts. The first global pandemic we’ve lived through, the first time all of our sports and school have been canceled, and the first time many of us have ever had to be wary of public places. On the brighter side, for many young people, including some SES seniors, it will be the first time we get to vote in an election. This election is as important as ever, and it seems to me there is a clear choice for young people to make this election. That choice is former vice president Joe Biden.

To put it short- Joe Biden has the upper hand on President Trump on three major areas of policy relating to our financial well being and success.

The first of these areas is healthcare. As young kids, we often do not have to worry about paying or receiving our healthcare, as many of us are covered under our parents’ plan. This drastically changes once we become young adults. Young adults face the highest rate of being uninsured, with 30% of us not having plans. This is because many entry-level workplace jobs such as part-time gigs, small businesses, and internships do not offer healthcare plans.  The Affordable Care Act, otherwise known as Obamacare, allows young adults to remain on their parents’ plans until the age of 26, even if they are married. This is monumental in ensuring that we will have access to quality healthcare, yet Trump tried once (and failed) to repeal this act, and with his nomination of Supreme Court judge Amy Coney Barret, this could once again be in jeopardy, as she has proclaimed the ACA (Affordable Care Act) unconstitutional. A Biden presidency is essential in maintaining the ACA, and ensuring that young people are not once again thrust into a vulnerable position. Biden even plans to extend the ACA to a public option program, which means that anyone who wishes to be insured can do so, but those who choose to remain on their private plans can do such as well. According to a study done by the RAND institute, this will do a multitude of things, including lowering premiums and government spending.

Healthcare is not the only issue that is essential to our well being. Climate change is also a hot topic concerning the health of our generation and well being not just now, but many years into the future.

With that considered, Trump’s record on the environment is egregious. He rolled back the Obama era restrictions on methane leaks, put in new guidance that curbs federal agencies from considering climate impacts, ordered his administration to stop even the collection of data from oil and gas agencies, and as of May 2020, rolled back 64 environmental regulations. After the colossal damage the environment has taken the past four years, it is important we bounce back strong.

That is exactly what Joe Biden’s plan does. His two trillion dollar climate plan laid out over four years goals include creating millions of green energy sector jobs, supporting sustainable housing, job transitions for those who work in coal & oil, a high-speed rail system, as well as numerous other policy proposals. The rail system in particular is an important aspect among Gen Z, as our nation’s crumbling infrastructure currently lacks the innovation needed to be suitable for use in the future; the American Society of Civil Engineers currently gives the US infrastructure a D grade. It is important to note that this plan is not the green new deal, which is a loose outline of recommendations written by Ed Markey and Alexandria Ocasio Cortez. However, it does plan to reach a carbon pollution-free power sector by 2035, and a net-zero emission economy by 2050.

It is also important that the president trusts the science and takes the issue seriously, and considering the current president still has yet to publicly state that he believes climate change is real, the choice for who has a better plan for both the climate and environment is a no brainer- that choice is Biden.

The last major area that concerns the financial well being of Gen Zers is education. Many of us are planning to attend college soon or are already enrolled, and American universities are more expensive than ever.

Biden’s college plan includes providing free tuition to students whose parents make less than 125k a year, providing free two years of community college, and allowing students to use pell grant money as well as other forms of financial aid to tackle not just tuition costs, but common barriers that bar students from pursuing post-high school education. This includes childcare services, mental health services, and emergency money should a student have any sort of financial emergency that may make pursuing an education more difficult.

Trump does not support any of these forms of college aid and education reform, and instead is relying on capping federal student loans, funding HBCUs, and simplifying student aid, per whitehouse.gov. His ten-point plan is a start but falls demonstrably short of the plan Biden has set forth. The Trump admin also recently released its 50 point plan for his second term, and the only two things that were listed under the section of education were “providing school choice to every child in America”, and “teaching American exceptionalism.”

This is astonishingly irresponsible. Roughly six in ten jobs in America require a college degree, and the president has clearly shown that making this degree more affordable to our generation is not anywhere near the top of the list of priorities. Instead, he would rather teach us that America’s values, political system, and history are unique and worthy of universal admiration (this is the definition of American exceptionalism). The actual policy proposals set forth by Biden would be incredibly more beneficial to our generation than Trumps’ weak, false sense of patriotic virtue signaling.

The universal theme around the Biden campaign to strengthen our social safety nets. A common argument against such expansions is that tax increases will diminish utility presented by these programs, but the reality is that Biden’s plan won’t increase taxes on anyone making below four hundred thousand dollars per year. Furthermore, Biden follows Keynesian economic practices, so it doesn’t even make sense for him to want to raise taxes. Keynesian economics follows the theory that consumer spending is what drives an economy; in other words, it pushes for consumers to have more disposable income through increased social safety nets and lower taxes on the middle class. Trump, on the other hand, has more of a top-down supply side mix style. This means he believes in cutting taxes across the board, especially on higher income earners, to inspire more investment and in turn create more jobs. The problem is that this simply does not hold up historically unless the government coerces said institutions into the reinvestment. If the government does not do this, we face the problem of the upper-income brackets simply participating in practices such as mass stock buybacks instead of investment in new jobs that generate substantial growth for the middle class. This is known as a failure of the “trickle-down” economic model.

The truth is that this article is an oversimplification. There are a plethora of areas of policy to be discussed when dealing with which candidate has the superior position. I selected these three areas- healthcare, the environment, and education because they are ranked near the top of issues in terms of young voters’ priority, and greatly impact their current and future financial stability. Through analysis, I believe it is clear Biden comes out on top in each section, and I strongly encourage my peers to cast their vote for him this election.