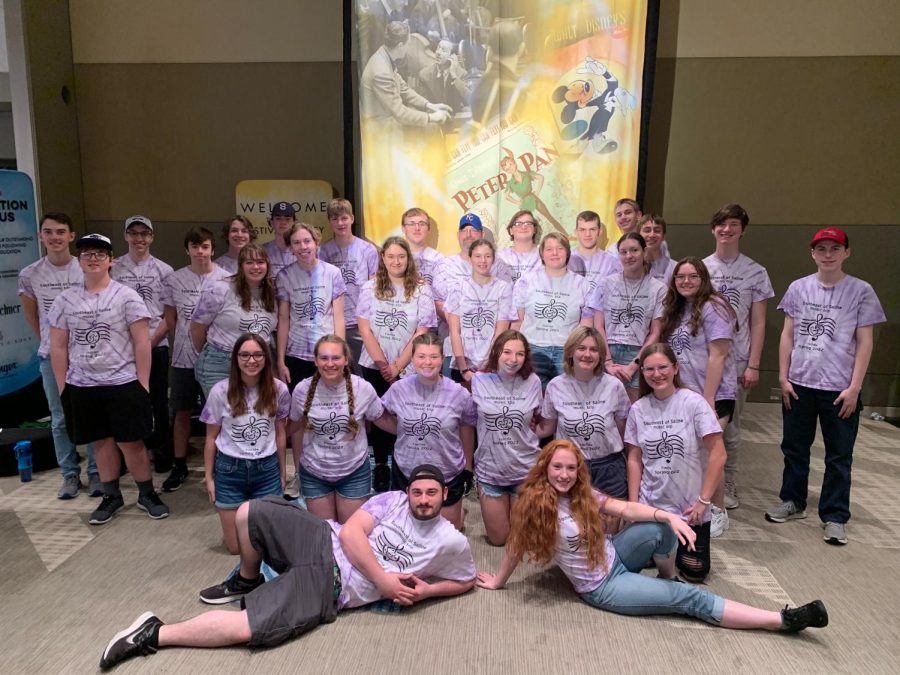 After an agonizing 27-hour bus ride, members of the SES music department finally arrived in Florida. There were a little over 50 students who went on this trip. Animal Kingdom, Hollywood Studios, Kennedy Space Center, Cocoa Beach, Magic Kingdom, and Universal Studios were all major highlights of the trip. Students also attended two Disney music clinics for band and choir.

Animal Kingdom was the first stop, where students experienced a great deal of opportunities. Whether it was soaring through Pandora or going on a safari, students enjoyed their day. I remember a particularly interesting drawing class I attended, learning how to draw beloved Disney characters.

After a well-needed sleep in the hotel, students hit the road to Hollywood Studios and the music clinics. “I did the vocal clinic and thought it was amazing to be able to work with a professional who was actually employed by Disney and knew what they were doing for the direct purpose of Disney audiences,” said Meaghan Roths. Sherida Johnson also said, “It was a really cool experience, our band director Jason was amazingly talented, he played a clarinet solo for us that blew me away.”

The third day of the trip was the busiest day. Kennedy Space Center was the first stop. Experiencing a launch simulation, touring rockets and learning about the space center were all activities available to students. Afterward, we went to Ron Jon Surf Shop to shop, and then headed to the beach for a BBQ and swimming. For many students (including myself), it was their first time seeing the ocean. Ashlynd Merrill commented, “My favorite memory was seeing the ocean for the first time and being able to swim in it. A group of us would try to get to the waves as soon as we saw them forming and then jump up when they hit us so that the waves would push us forward. It was super fun!”After this, students were escorted to a private dessert party and fireworks show at Epcot. We also had a front row seat to a wedding, where we made sure to yell “Congratulations!”

On day four, students visited the Magic Kingdom. “My favorite location to visit was Magic Kingdom because I got to facetime my sister and let her meet the princesses. It was so fun to see her reaction, “said Ashlynd Merrill. Sherida Johnson also said, “[My favorite location was] Magic kingdom, I’m very much a princess girl, I’ve watched all of the princess movies and I could tell you everything, I almost know the whole script to sleeping beauty.”

Universal Studios was the final destination of day five. Doctor Seuss World, Harry Potter World, Superheroes, you name it, they have it. Meaghan Roths commented, “[My favorite part was] Definitely Harry Potter World in Universal Studios. I felt like I was actually able to geek out and not feel judged because everyone there was enjoying it as much as I was. I absolutely loved Diagon Alley and the detail they put into the shops and such to make it feel real. The little kid in me was screaming with excitement. I even bought myself a bowtruckle, a creature that protects the trees that wands are made from. Overall I loved the experience!” Reagan Gooden also said that Universal Studios was her favorite part, “Universal Studios was my favorite place to visit because I am a person that enjoys big roller coasters and thrill rides, and the other parks just didn’t have many big rides.”

Finally, the 27-hour bus ride home began. However this time, students were so exhausted that many of them slept through the ride home. I can definitely say that the ride home felt much shorter to me than the ride to Florida. Students took with them souvenirs, memories and music skills that will positively impact them in the future.