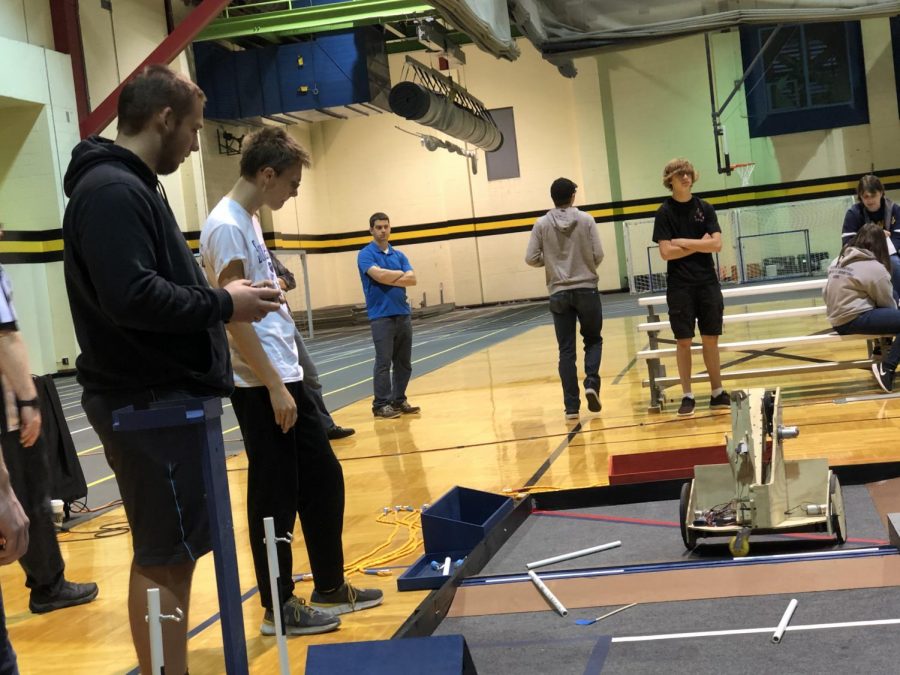 It’s not science fiction: Members of the Southeast Cyber Engineers, otherwise known as Robotics Club, are actually building a robot.

And that’s not all… While the team does focus on making robots, they  also work on design, marketing, programming and engineering.

“We deal with what an engineer would normally deal with, if a person wanted to make a product and sell it. It’s a real-world competition,” Ogle said.

He added that adding the robotics program is beneficial to students with science, technology, engineering and math (STEM) interests.

“This meets the STEM  needs of students in the building that really want to do robotics and programming, marketing, and make presentations to CEO’s,” he said.

Ogle said that he had started robotics clubs in two other schools. When asked why he thought robotics was essential to our school, he replied that robotics club is “an inexpensive way of getting exposure and experience with robotics and engineering industry.”

“There are a lot of jobs out there for people in the robotics industry, engineering industry, and designing industry,” he said.

The robotics team is currently working on creating a robot. The robot is made from scratch with used parts given to Southeast to use on their robot.  After the robot is built and if the team decides they want to keep part or all of the robot, then they have to purchase it.

Vice president Ben Monday said that the team traveled  to Wichita to get all of the materials and specifications needed to build the robot.

Another challenge is finding a meeting time. The cyber engineering team meets after sports practice or whenever anyone can come.

“Everyone is so busy, and we want to make sure that everyone who wants to be in Robotics can be in it,” Ogle said.

The first competition will be Kansas Best Competition on Oct. 26 at Koch Arena at WSU.

“At competitions we hope to have cheerleaders, the band playing in the background, and have the whole school to cheer us on,” Ogle said.