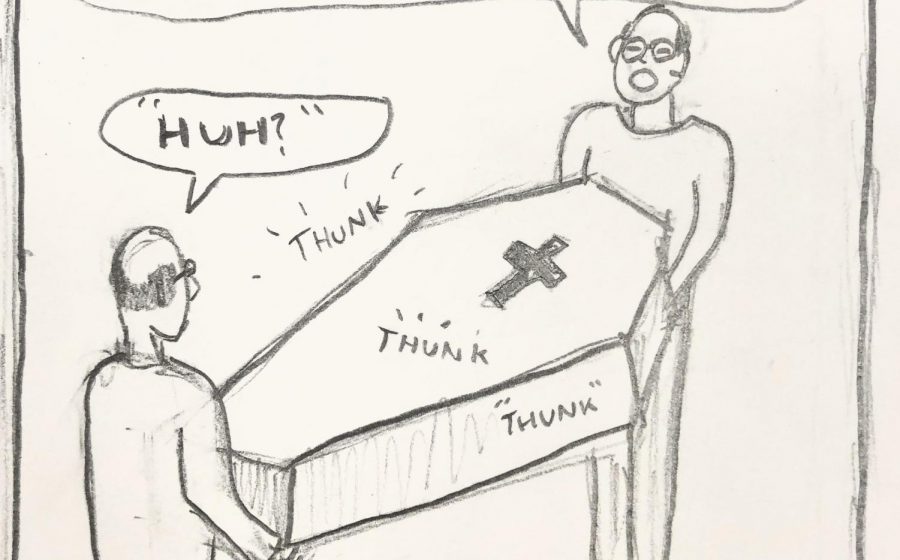 John shivered. As he rocked back and forth on his protruding bones covered by paper-thin flesh, he tried to think of anything but the cold. Mindlessly he dug his fingertips into the wall, then rapidly pulled his hand back in searing pain.The cold, burrowing deep into his mind, caused him to keep forgetting his fingers were bloody nubs. John soundlessly screamed and writhed, slamming his head on the floor. If only he could knock himself out, he thought, then the pain would be gone. Hurting more than previously, John whimpered over and over as he peered up at the coffin’s confining lid. “Why wasn’t I cremated, why wasn’t I cremated, why wasn’t I cremated…” 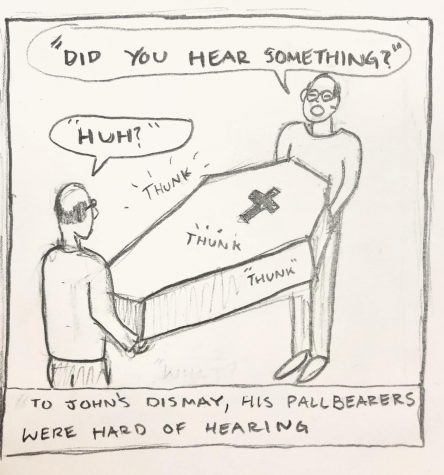